Just a nice picture I shot out the window at my hotel in San Diego this morning. 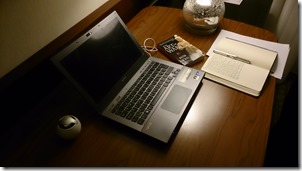 It’s been a couple of days since I landed here in San Diego. It’s 8 hours time difference to Sweden, something that normally isn’t that big of a problem, but it’s now 3:30 in the morning and I can’t sleep.

The reason for not being able to sleep is of course to some extent the time difference, but also brain has gone hyperactive in work mode for some reason and is finding all the issues I have and somehow trying to solve them. Even if I don’t want to. And that means no sleep.

So what to do?

I decided to stop trying to sleep and go to work. And not just go to work, but go where the brain wanted to go. I took the largest, unfinished project I am working on, the one that got stuck in my head and, without knowing at all where to go with it, just started working. I wrote emails, slides, drew up plans and just focused.

An couple of hours later I was done. There was nothing more to do. A final report had been drafted, work had been assigned to those I needed to assign it to and meetings booked. The brain was happy and I was happy and could finally go to sleep for a short while before it was time to get up and go to work.

The phenomena I experienced is probably the one of the brain not liking to have too many open loops at the same time, and the solution was simple. Just do the task instead of thinking about doing it.

Now, why don’t I do that more often? 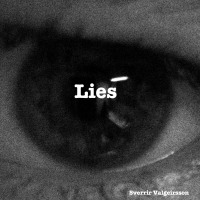 My first ”real” record. To mark some of my songs as finished and moving on, I took six of my songs and put them out on a record on both iTunes and Spotify.

My music and socials